I’m pretty sure four-year-olds are bipolar by nature.  Maybe it’s just Clark, but I need to believe it’s some universal trait that all children have and will soon outgrow.  This past weekend, my niece got baptised (In the LDS church, children are baptised at age 8), and she wanted her cousins to be a part of the program.  Grant gave the opening prayer, and Clark volunteered to give a talk.  I know what you’re thinking because it’s the same thing I was thinking:  Are you kidding me?  Are 4-year-olds even allowed to speak at baptisms?  He’s never even been baptised himself, for crying out loud.  This has the potential for disaster and great shame. But, his aunt insisted that if he wanted to do it, they would love to let him.

He took his assignment very seriously, and he did me proud.  He stood up there with great reverence and dignity, and delivered his little one-page sermon.  The bishop attending said it was the best baptism talk he’d ever heard in his life.  For posterity’s sake, and to get a glimpse of my mischievous and adorable boy, I give you Clark:  (The audible groan in the background is Grant reacting to errors in his computer game.)

Then this same kid was a headache at church the very next day.  I’m the Primary President (don’t choke), and I could not get him to stay in or near his seat yesterday.  He was wandering the room, playing with the chalkboard, hiding behind the media cart, etc.  After several failed attempts to redirect him, I went and got Matt and directed that Clark needed to finish out the rest of the meeting in a time-out (empty) room.

Later that night, Matt and I tried to talk to him about what happened at church.  His excuse was that “Primary was just so boring.”  Gee, thanks, kid.  It’s good to know that I’m up there doing that whole ridiculous song and dance for a good reason. Matt asked, “What’s more boring? Primary? or the time-out room?”  He thought for almost a whole second and replied, “They’re both the same boring.”   “Okay,” Matt said, “next week, we’ll just go sit in the time-out room the whole time then.”

“But you said they’re both boring.  Where would you rather be?  In Primary? or in the time-out room?”

“Let me ask my hand.”  Matt and I look at each other, with unseen but understood question marks above our heads.

He then held his hand up to his ear and made this little squeaky voice sound as if his hand were telling him a secret.  “My hand chooses Primary.  Let me ask my other hand.”  More squeaking, and another vote for Primary.

Another foot, belly, legs, arms … you know where this is going don’t you?

“Let me see what my bum says.”  It’s hard to squeak when you’re cracking yourself up.  I promise that pun was not intended.

Then he reaches for his front netherparts.  Matt interrupts, “No. Clark.  Just no.  You’re not going to talk to your p****!”  (I’m not afraid to say or type the word, but I don’t want this post to show up in Google for the wrong kind of search if you know what I mean.)

“No I wasn’t saying that.  What’s these called again?” (pointing below.)

I was crying by now, but trying as hard as I could to NOT act like this was hilarious, because  I shoud not encourage this kind of conversation, right?  All moms have moments like this when we observe our children (I’m trying to convince myself.  How am I doing?), where our feelings are a combination of shock, humor, wonder, and a teensy-weensy bit of pride for how clever and imaginative they are.

So anyway, the decision was unanimous.  Clark’s body wants to go to Primary next week.  Netherparts and all.

Reminder:  As of April 1, this blog will be hosted solely at http://www.diapersanddivinity.com (“wordpress” will no longer appear in the URL).  When that change takes place, the old feed will be reset and you will need to go there yourself and subscribe again (for the LAST time, I promise).  Any previous RSS feed will no longer work. 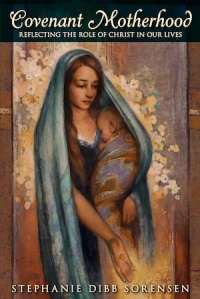