You knew this post was coming, right?  Our vacation was wonderful, but, of course, had its mishaps too.  Some things worked great.  Others, not so much.  Here’s how it all went down.

We pre-paid our hotel almost a year ago through a time-share sales-pitch offer.  We didn’t buy into their program, but ended up purchasing a one-week trial at any of their resorts.  One happened to be in Orlando, where we knew we planned on going when Matt graduated.  It ended up being about $115 a night, which was more than 50% off their regular nightly rates, and we LOVED it when we arrived.  We had 3 bedrooms, 2 baths, a full kitchen, washer/dryer, balcony over a lake and 3 pools, master suite… awesome.  And it was 1-5 miles from any of of the Disney parks.  So nice and so convenient.  Clark said he wanted to live there. 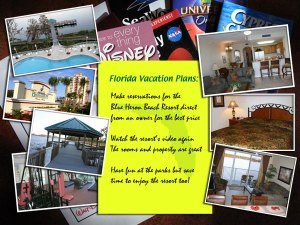 So, anyway, when we got there and it was 70+degrees and our place was so nice, I thought I’d died and gone to heaven.  We spent the first day there just relaxing, eating a doughnut picnic at the Orlando temple, swimming in the hotel pool, reading books on the balcony, and grocery shopping.

I had a lot of pictures to share, but I can’t figure out how to get them all out of my camera (yep.), so I’ll just resort to some list making. 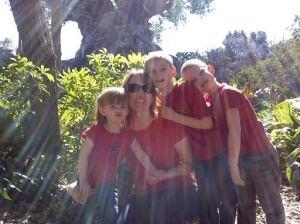 The whole thing was great.  We all agreed we enjoyed our trip to Disney World and we all wished we could have stayed longer.  Now that I’m back to my cold and blustery homeland, I’m experiencing a wee bit of post-vacation, back-to-reality depression.  And my children are going through typical post-vacation detox, but it was worth it.  I love vacations.  Can’t wait for the next one.  I’d better start planning now.  Any suggestions?

p.s. DeNae, this picture’s for you. 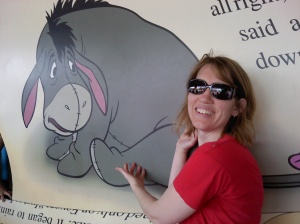 22 thoughts on “The Disney Diaries”